Now help me name the project! Tweet @covercash either Give-a-Jawn or one2many (or if you have other suggestions, let me know!!!) 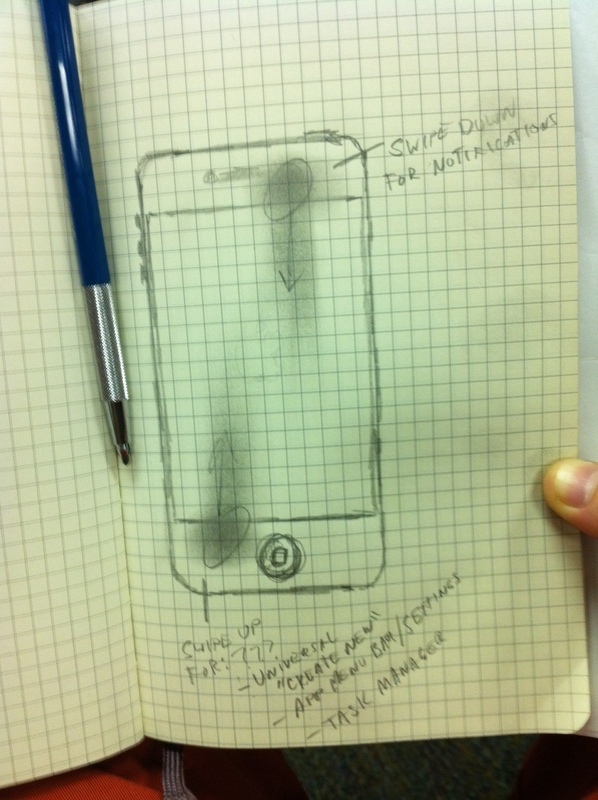 Scott Sanchez is encouraging me to express my UX mojo in public, so rather than sending him my ideas on google chat I'm going to blog about them.  Today it's about the "new" action that's in nearly every single iOS app.
It's different in every single iOS app.  In twitter, click the little pencil box icon at the top right.  In mail, it's at the bottom right.  In Facebook it's the 'status' button at the top middle.  There's no consistency to user experience, and that annoys me.
My solution is that Apple should create a "swipe up" gesture the same way "swipe down" in iOS5 is for notifications, swipe up will become the action in any participating app to create "new".  New tweet, new email, new facebook status message, new SMS, etc.
App developers of course can do this today without waiting for Apple, but maybe the boys in Cupertino will read this and do the right thing for iOS6. :)
Try the "swipe up" next time you want to do something "new" in one of your apps, you'll like it, and that's what UX is all about.
-----
I'm the Don Draper of user experience.  Other people build it, I dream it.  Hire me. :) 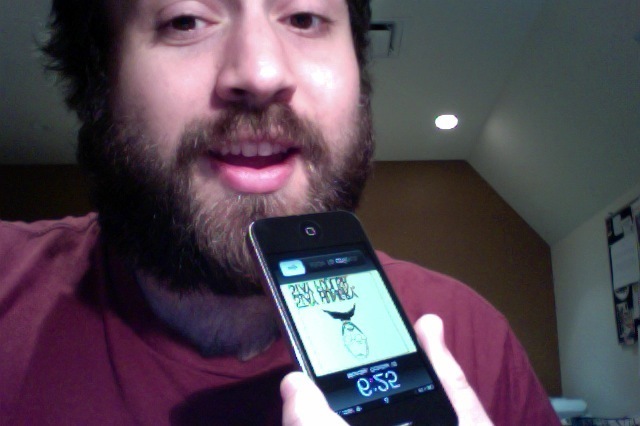 MacRumors had an interesting article earlier today about iOS 5's new "Raise to Speak" setting which launches the Siri personal assistant app when you hold the iPhone 4S up to your ear.  The default way to launch Siri is with an extended press of the home button.  Both feel like acceptable ways to interact with a first-gen voice interface.

Later in the day I put a call to my bank on speaker phone and noticed how I was holding my iPhone as I navigated their voice tree ("PUT ME THROUGH TO A GOD DAMN REP" isn't a valid option in case you were wondering).  I was holding the phone upside down, talking directly into the mic just like I'm doing in the picture.  Whenever I talk *AT* my phone, this is the most natural way for me to hold it.  To prevent accidental activation when the phone is in a pocket or bag, require a quick tap of the volume button when the phone is turned upside down.  Apple recently repurposed a volume button to act as shutter release in the camera app so using it for something other than volume control might not be out of the question.

I also thought about having the iPhone listen for a specific voice command when turned upside down, perhaps "Siri".

::flips phone:: "Siri, do you think Apple would have users say your name every time they want to interact with you?"

"Probably not." It has a very robotic, sci-fi feel to it, something you'd expect to see in a Droid Bionic commercial.

Apple is really good at training users slowly transitioning user behaviour so expect Siri to get a more natural feel over time.

::flips phone:: "Siri, is this an acceptable way to end the post?"

I picked it up at a rummage sale the local church was having. I almost didn't get it because it was priced at $0.25 which was about $0.25 more than I was willing to pay for it. Luckily they let me have it for free! We're in Gateway country now, baby! 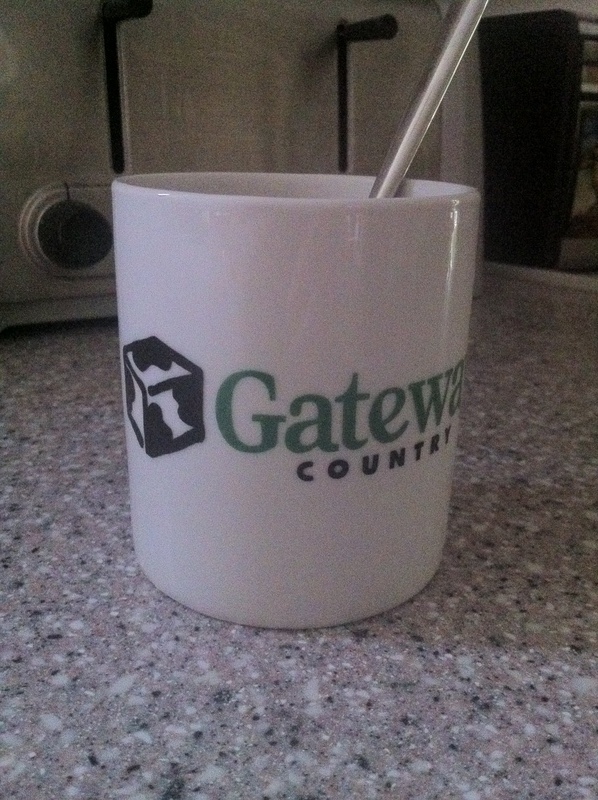 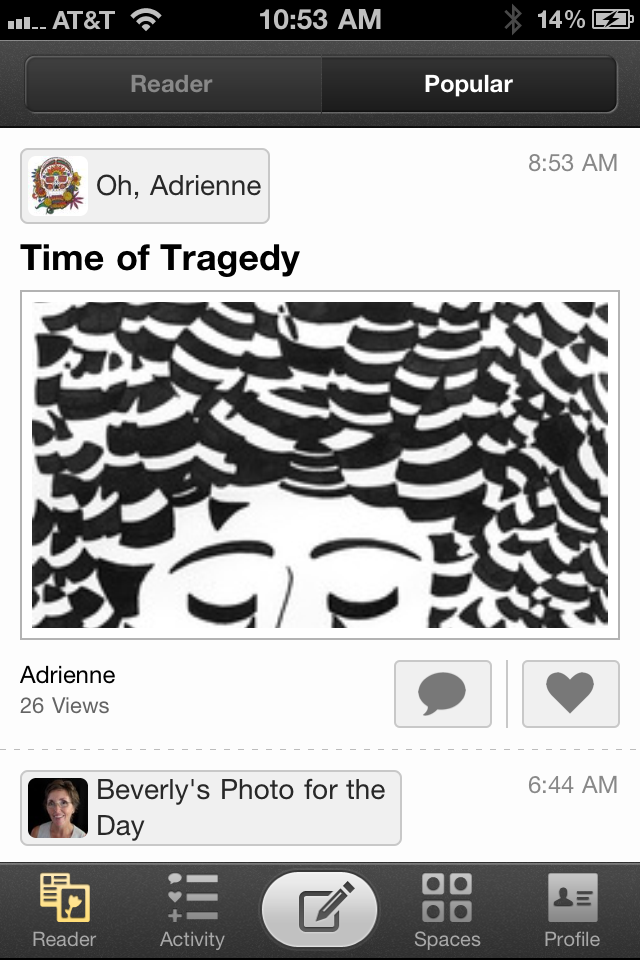 So it looks like Apple pushed the update to Posterous' app before they officially announced these new Spaces... 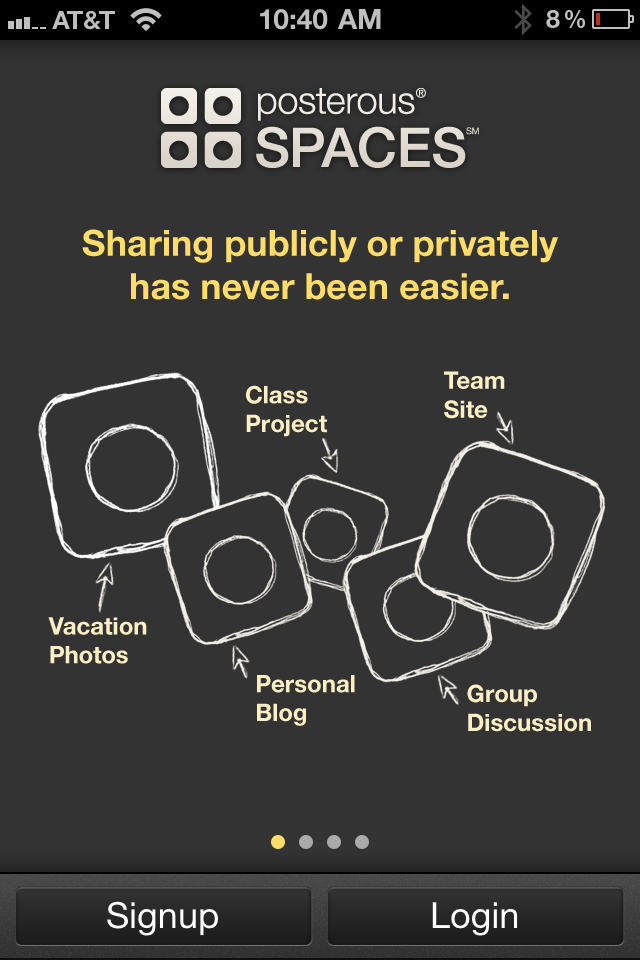 My buddy came over and brought his blue laser and some liquid nitrogen.  We had science night and it was awesome.  This is the blue laser video, I also have a video of us making homemade Dip'n'Dots and shattering a frozen apple against a wall... 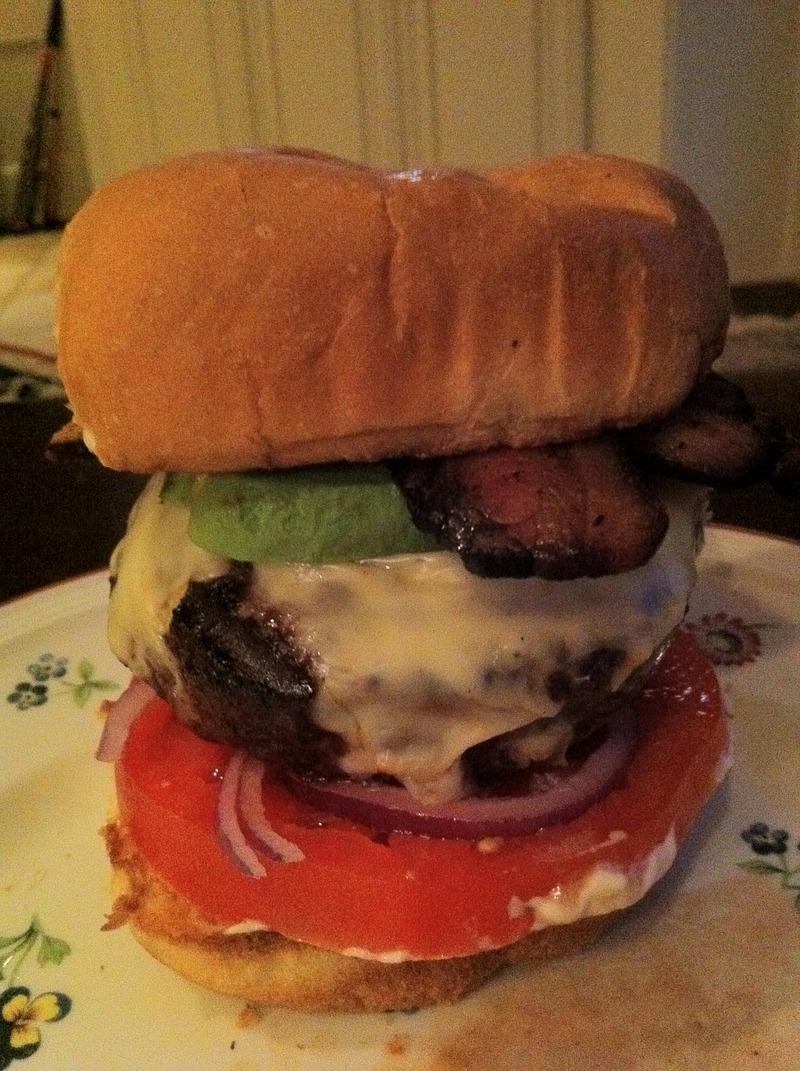 This is just a test of some delicious food. I want to show my sister what galleries look like on posterous...
Video hosting

About 2 weeks ago, reddit had an IAmA with astronaut Chris Hadfield.  For those of you not familiar with reddit and their IAmA/AMA (I Am A/Ask Me Anything) sections, it's basically a forum that allows the community to ask questions to famous and interesting people.  Unfortunately, by the time I saw this particular IAmA, it appeared astronaut Chris Hadfield had already stopped answering questions.  Immediately after reading his thread, I watched the IMAX: Hubble movie (which is amazing... even better when you see it in IMAX) and I came up with a fantastic question to ask Commander Hadfield.  So I hopped on reddit and sent his son my question, hoping I'd get a reply.  Unfortunately, I haven't heard back yet so I'm hoping the members of reddit think the question is interesting enough to push for an answer, so here goes...

God forbid something goes wrong during a spacewalk and an astronaut untethers and starts floating away, does NASA have an emergency rescue plan? I can't imagine they don't have some guidelines in place for extreme scenarios like this.  If they do, can you share any of it with us?  Thanks!

So there you have it, my question to Commander Chris Hadfield.

[UPDATE] Awesome, Commander Hadfield replied to my question on Twitter!